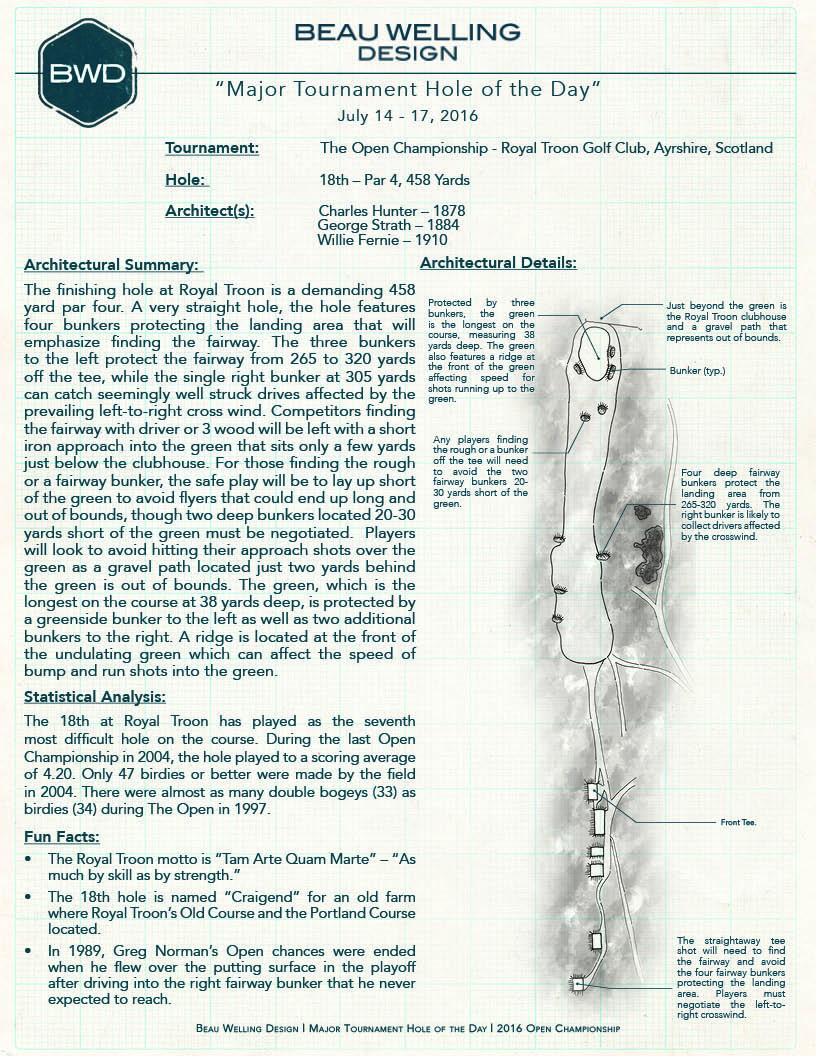 The finishing hole at Royal Troon is a demanding 458 yard par four. A very straight hole, the hole features four bunkers protecting the landing area that will emphasize finding the fairway. The three bunkers to the left protect the fairway from 265 to 320 yards off the tee, while the single right bunker at 305 yards can catch seemingly well struck drives affected by the prevailing left-to-right cross wind. Competitors finding the fairway with driver or 3 wood will be left with a short iron approach into the green that sits only a few yards just below the clubhouse. For those finding the rough or a fairway bunker, the safe play will be to lay up short of the green to avoid flyers that could end up long and out of bounds, though two deep bunkers located 20-30 yards short of the green must be negotiated. Players will look to avoid hitting their approach shots over the green as a gravel path located just two yards behind the green is out of bounds. The green, which is the longest on the course at 38 yards deep, is protected by a greenside bunker to the left as well as two additional bunkers to the right. A ridge is located at the front of the undulating green which can affect the speed of bump and run shots into the green.

The 18th at Royal Troon has played as the seventh most difficult hole on the course. During the last Open Championship in 2004, the hole played to a scoring average of 4.20. Only 47 birdies or better were made by the field in 2004. There were almost as many double bogeys (33) as birdies (34) during The Open in 1997.