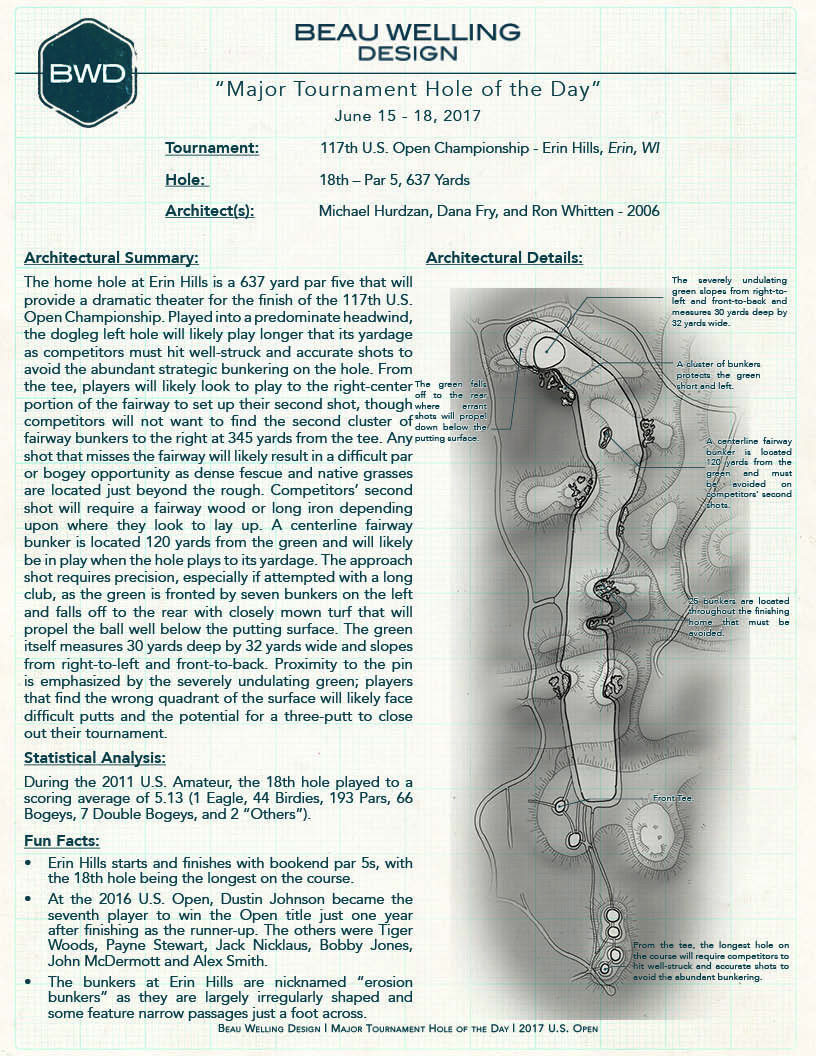 The home hole at Erin Hills is a 637 yard par five that will provide a dramatic theater for the finish of the 117th U.S. Open Championship. Played into a predominate headwind, the dogleg left hole will likely play longer that its yardage as competitors must hit well-struck and accurate shots to avoid the abundant strategic bunkering on the hole. From the tee, players will likely look to play to the right-center portion of the fairway to set up their second shot, though competitors will not want to find the second cluster of fairway bunkers to the right at 345 yards from the tee. Any shot that misses the fairway will likely result in a difficult par or bogey opportunity as dense fescue and native grasses are located just beyond the rough. Competitors’ second shot will require a fairway wood or long iron depending upon where they look to lay up. A centerline fairway bunker is located 120 yards from the green and will likely be in play when the hole plays to its yardage. The approach shot requires precision, especially if attempted with a long club, as the green is fronted by seven bunkers on the left and falls off to the rear with closely mown turf that will propel the ball well below the putting surface. The green itself measures 30 yards deep by 32 yards wide and slopes from right-to-left and front-to-back. Proximity to the pin is emphasized by the severely undulating green; players that find the wrong quadrant of the surface will likely face difficult putts and the potential for a three-putt to close out their tournament.