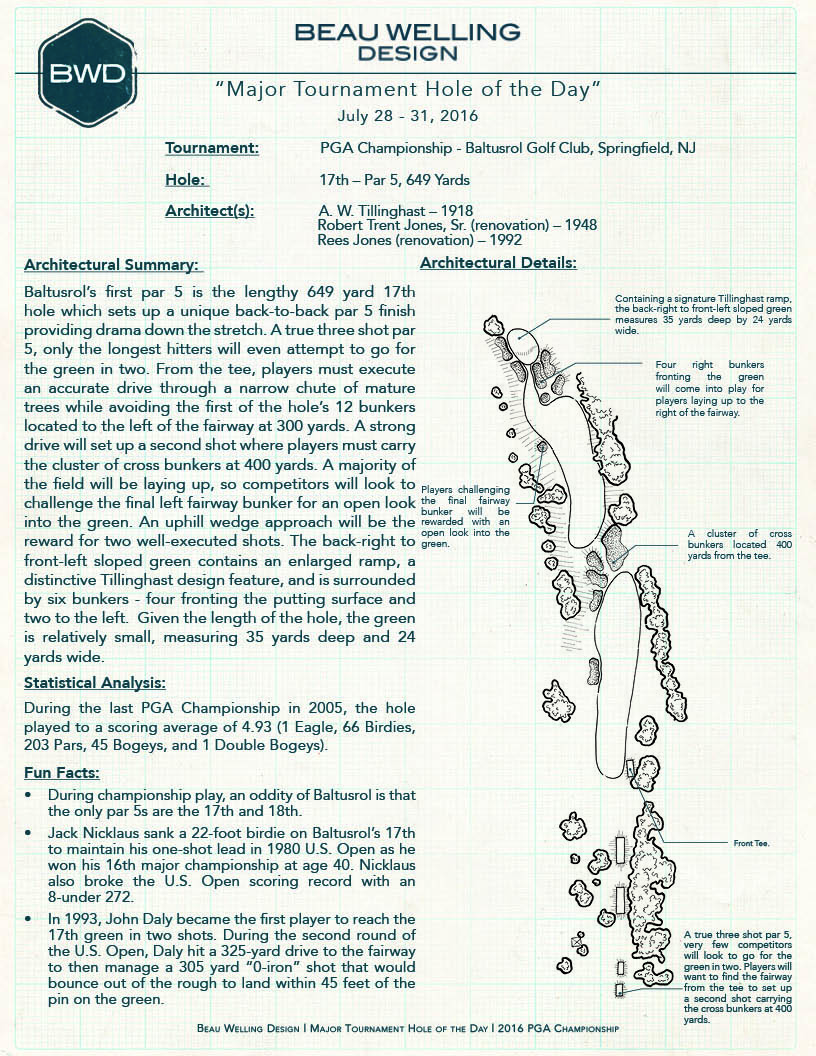 Baltusrol’s first par 5 is the lengthy 649 yard 17th hole which sets up a unique back-to-back par 5 finish providing drama down the stretch. A true three shot par 5, only the longest hitters will even attempt to go for the green in two. From the tee, players must execute an accurate drive through a narrow chute of mature trees while avoiding the first of the hole’s 12 bunkers located to the left of the fairway at 300 yards. A strong drive will set up a second shot where players must carry the cluster of cross bunkers at 400 yards. A majority of the field will be laying up, so competitors will look to challenge the final left fairway bunker for an open look into the green. An uphill wedge approach will be the reward for two well-executed shots. The back-right to front-left sloped green contains an enlarged ramp, a distinctive Tillinghast design feature, and is surrounded by six bunkers – four fronting the putting surface and two to the left. Given the length of the hole, the green is relatively small, measuring 35 yards deep and 24 yards wide.