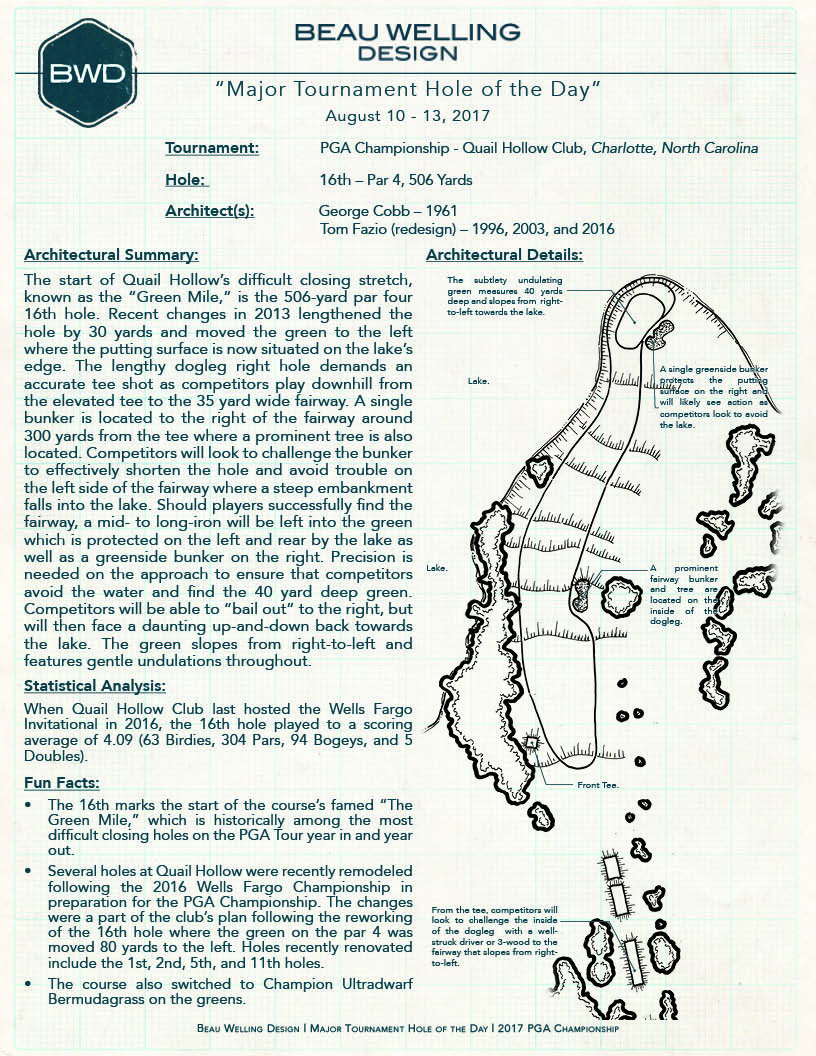 The start of Quail Hollow’s difficult closing stretch, known as the “Green Mile,” is the 506-yard par four 16th hole. Recent changes in 2013 lengthened the hole by 30 yards and moved the green to the left where the putting surface is now situated on the lake’s edge. The lengthy dogleg right hole demands an accurate tee shot as competitors play downhill from the elevated tee to the 35 yard wide fairway. A single bunker is located to the right of the fairway around 300 yards from the tee where a prominent tree is also located. Competitors will look to challenge the bunker to effectively shorten the hole and avoid trouble on the left side of the fairway where a steep embankment falls into the lake. Should players successfully find the fairway, a mid- to long-iron will be left into the green which is protected on the left and rear by the lake as well as a greenside bunker on the right. Precision is needed on the approach to ensure that competitors avoid the water and find the 40 yard deep green. Competitors will be able to “bail out” to the right, but will then face a daunting up-and-down back towards the lake. The green slopes from right-to-left and features gentle undulations throughout.