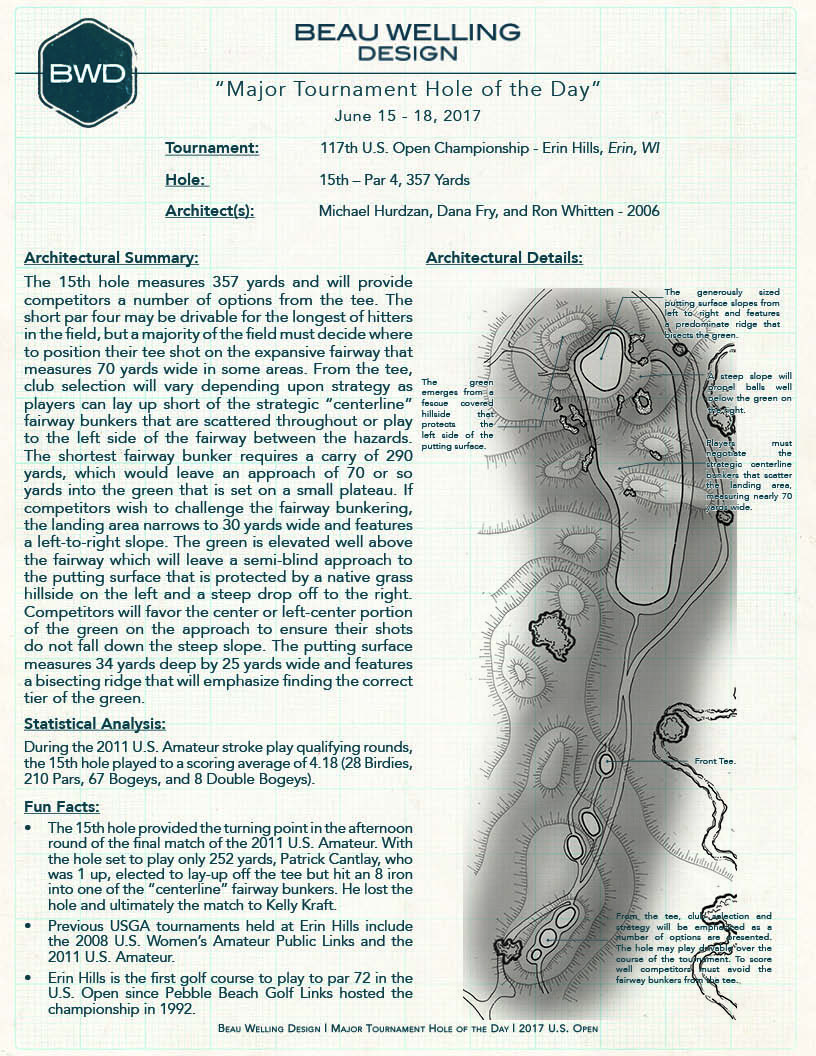 The 15th hole measures 357 yards and will provide competitors a number of options from the tee. The short par four may be drivable for the longest of hitters in the field, but a majority of the field must decide where to position their tee shot on the expansive fairway that measures 70 yards wide in some areas. From the tee, club selection will vary depending upon strategy as players can lay up short of the strategic “centerline” fairway bunkers that are scattered throughout or play to the left side of the fairway between the hazards. The shortest fairway bunker requires a carry of 290 yards, which would leave an approach of 70 or so yards into the green that is set on a small plateau. If competitors wish to challenge the fairway bunkering, the landing area narrows to 30 yards wide and features a left-to-right slope. The green is elevated well above the fairway which will leave a semi-blind approach to the putting surface that is protected by a native grass hillside on the left and a steep drop off to the right. Competitors will favor the center or left-center portion of the green on the approach to ensure their shots do not fall down the steep slope. The putting surface measures 34 yards deep by 25 yards wide and features a bisecting ridge that will emphasize finding the correct tier of the green.