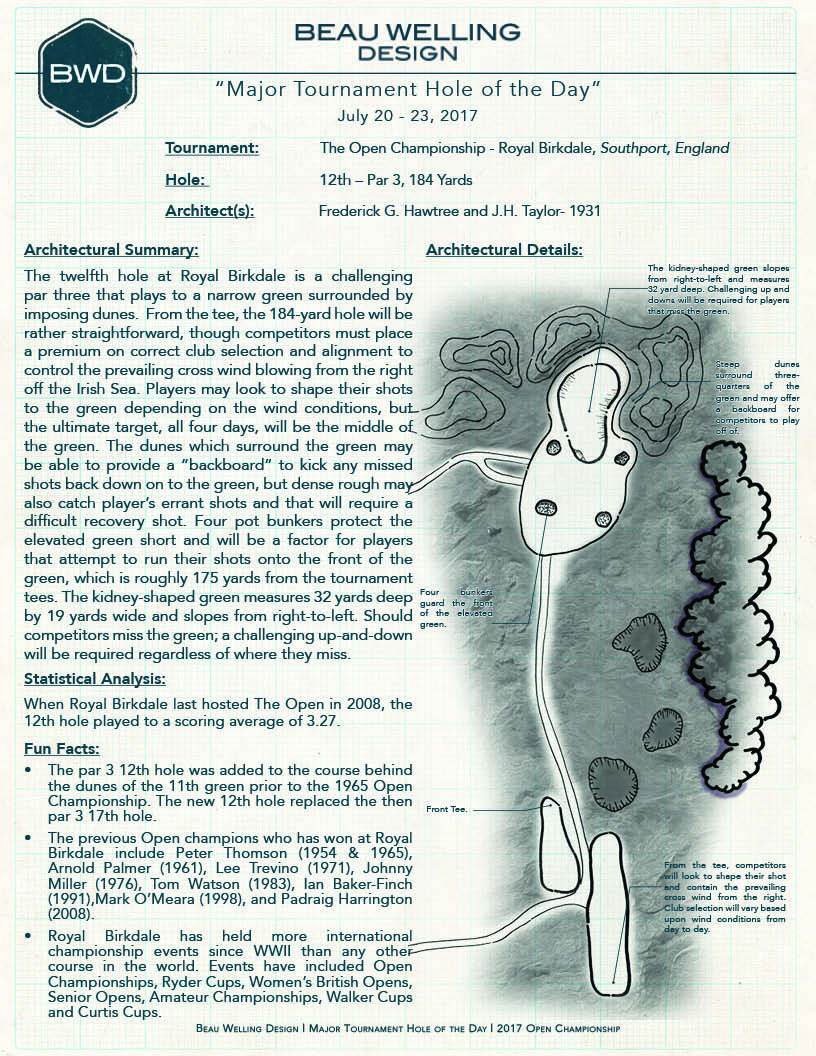 The twelfth hole at Royal Birkdale is a challenging par three that plays to a narrow green surrounded by imposing dunes. From the tee, the 184-yard hole will be rather straightforward, though competitors must place a premium on correct club selection and alignment to control the prevailing cross wind blowing from the right off the Irish Sea. Players may look to shape their shots to the green depending on the wind conditions, but the ultimate target, all four days, will be the middle of the green. The dunes which surround the green may be able to provide a “backboard” to kick any missed shots back down on to the green, but dense rough may also catch player’s errant shots and that will require a difficult recovery shot. Four pot bunkers protect the elevated green short and will be a factor for players that attempt to run their shots onto the front of the green, which is roughly 175 yards from the tournament tees. The kidney-shaped green measures 32 yards deep by 19 yards wide and slopes from right-to-left. Should competitors miss the green; a challenging up-and-down will be required regardless of where they miss.

When Royal Birkdale last hosted The Open in 2008, the 12th hole played to a scoring average of 3.27.