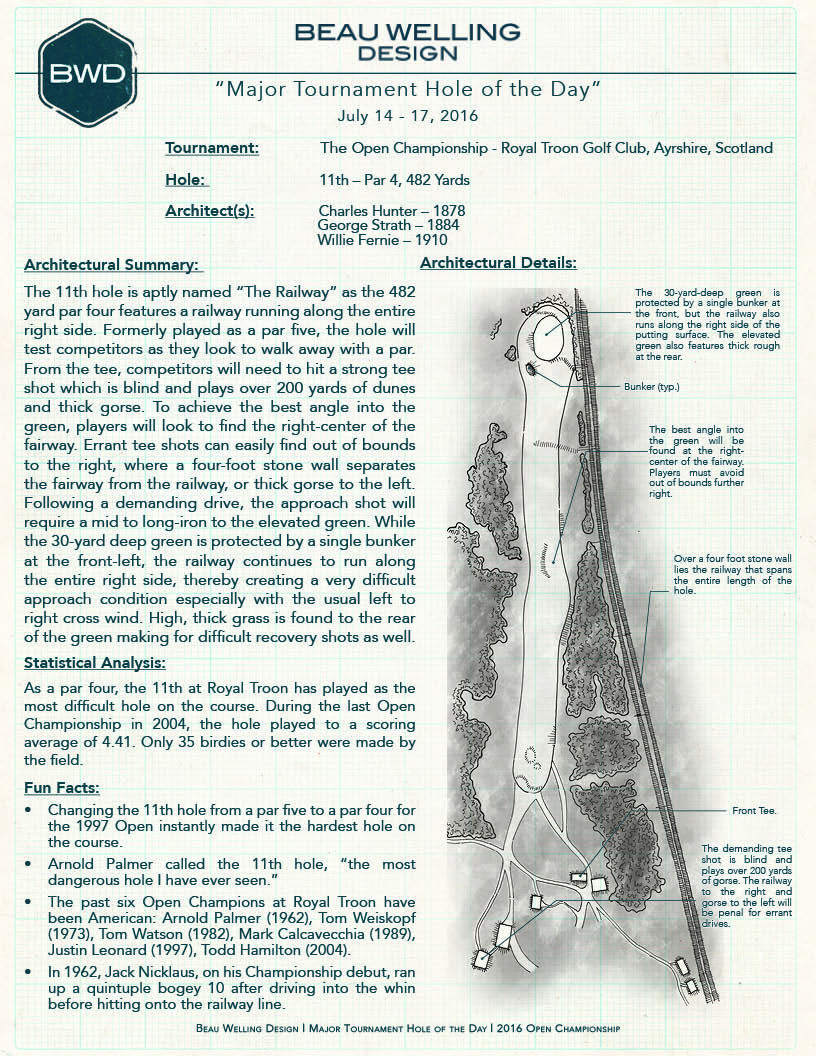 The 11th hole is aptly named “The Railway” as the 482 yard par four features a railway running along the entire right side. Formerly played as a par five, the hole will test competitors as they look to walk away with a par. From the tee, competitors will need to hit a strong tee shot which is blind and plays over 200 yards of dunes and thick gorse. To achieve the best angle into the green, players will look to find the right-center of the fairway. Errant tee shots can easily find out of bounds to the right, where a four-foot stone wall separates the fairway from the railway, or thick gorse to the left. Following a demanding drive, the approach shot will require a mid to long-iron to the elevated green. While the 30-yard deep green is protected by a single bunker at the front-left, the railway continues to run along the entire right side, thereby creating a very difficult approach condition especially with the usual left to right cross wind. High, thick grass is found to the rear of the green making for difficult recovery shots as well.

As a par four, the 11th at Royal Troon has played as the most difficult hole on the course. During the last Open Championship in 2004, the hole played to a scoring average of 4.41. Only 35 birdies or better were made by the field.