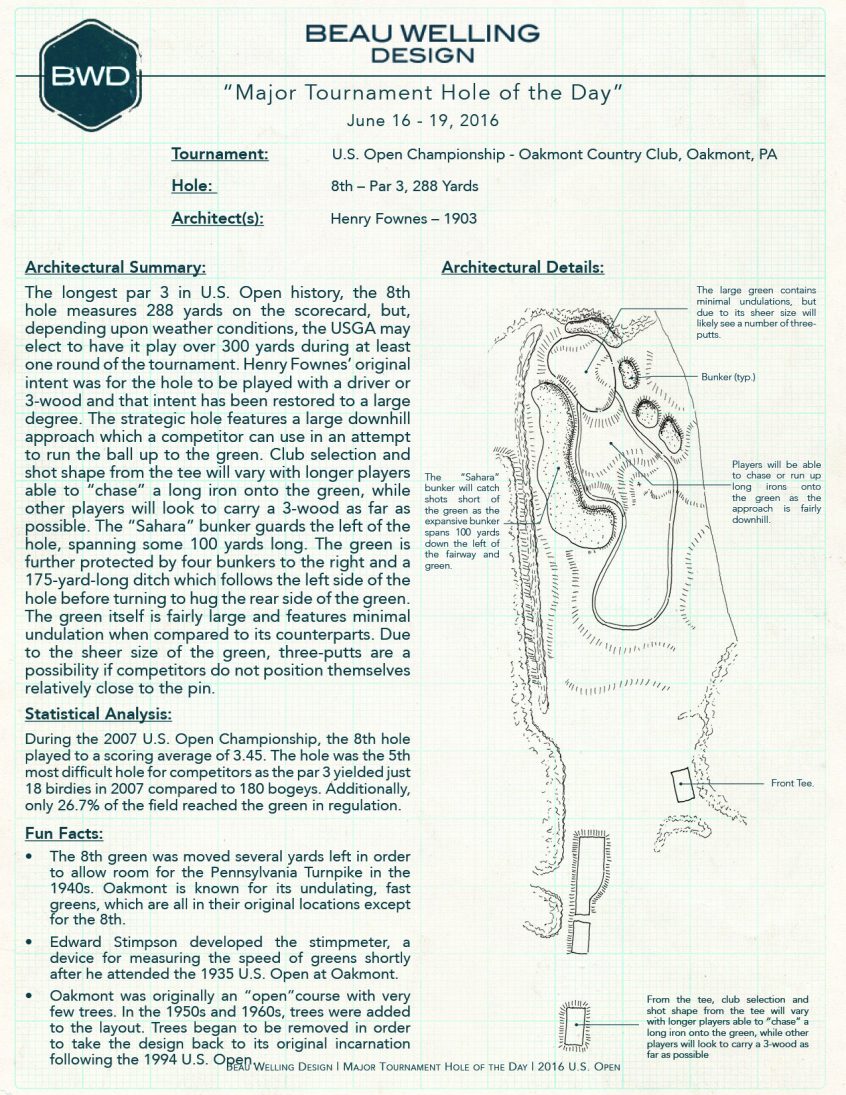 The longest par 3 in U.S. Open history, the 8th hole measures 288 yards on the scorecard, but, depending upon weather conditions, the USGA may elect to have it play over 300 yards during at least one round of the tournament. Henry Fownes’ original intent was for the hole to be played with a driver or 3-wood and that intent has been restored to a large degree. The strategic hole features a large downhill approach which a competitor can use in an attempt to run the ball up to the green. Club selection and shot shape from the tee will vary with longer players able to “chase” a long iron onto the green, while other players will look to carry a 3-wood as far as possible. The “Sahara” bunker guards the left of the hole, spanning some 100 yards long. The green is further protected by four bunkers to the right and a 175-yard-long ditch which follows the left side of the hole before turning to hug the rear side of the green. The green itself is fairly large and features minimal undulation when compared to its counterparts. Due to the sheer size of the green, three-putts are a possibility if competitors do not position themselves relatively close to the pin.

During the 2007 U.S. Open Championship, the 8th hole played to a scoring average of 3.45. The hole was the 5th most difficult hole for competitors as the par 3 yielded just 18 birdies in 2007 compared to 180 bogeys. Additionally, only 26.7% of the field reached the green in regulation.