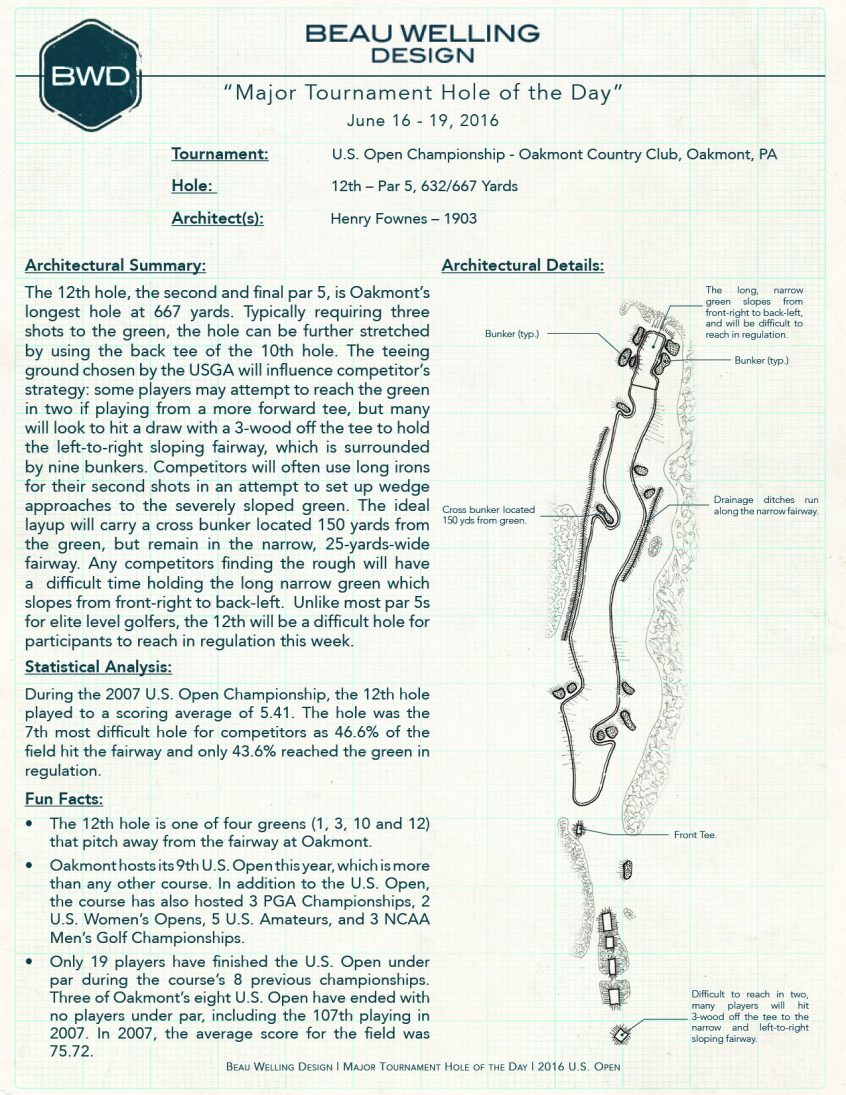 The 12th hole, the second and final par 5, is Oakmont’s longest hole at 667 yards. Typically requiring three shots to the green, the hole can be further stretched by using the back tee of the 10th hole. The teeing ground chosen by the USGA will influence competitor’s strategy: some players may attempt to reach the green in two if playing from a more forward tee, but many will look to hit a draw with a 3-wood off the tee to hold the left-to-right sloping fairway, which is surrounded by nine bunkers. Competitors will often use long irons for their second shots in an attempt to set up wedge approaches to the severely sloped green. The ideal layup will carry a cross bunker located 150 yards from the green, but remain in the narrow, 25-yards-wide fairway. Any competitors finding the rough will have a difficult time holding the long narrow green which slopes from front-right to back-left. Unlike most par 5s for elite level golfers, the 12th will be a difficult hole for participants to reach in regulation this week.

During the 2007 U.S. Open Championship, the 12th hole played to a scoring average of 5.41. The hole was the 7th most difficult hole for competitors as 46.6% of the field hit the fairway and only 43.6% reached the green in regulation.