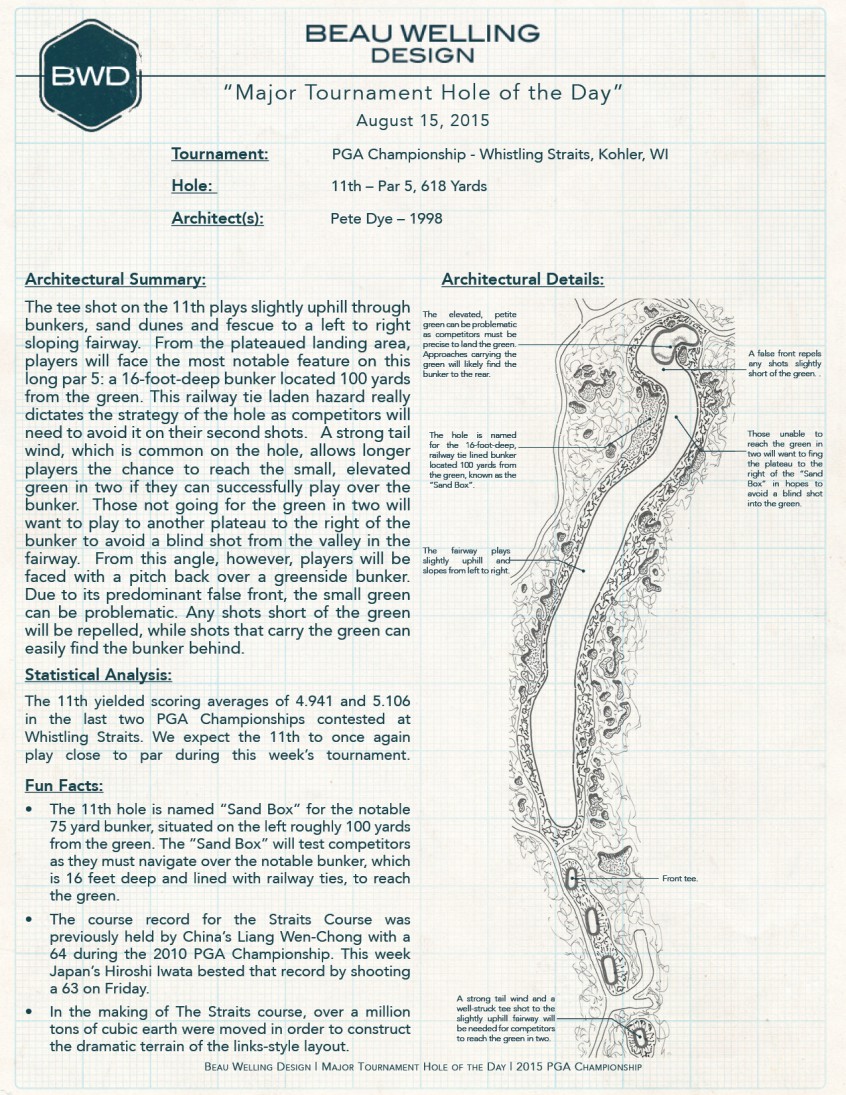 The tee shot on the 11th plays slightly uphill through bunkers, sand dunes and fescue to a left to right sloping fairway. From the plateaued landing area, players will face the most notable feature on this long par 5: a 16-foot-deep bunker located 100 yards from the green. This railway tie laden hazard really dictates the strategy of the hole as competitors will need to avoid it on their second shots. A strong tail wind, which is common on the hole, allows longer players the chance to reach the small, elevated green in two if they can successfully play over the bunker. Those not going for the green in two will want to play to another plateau to the right of the bunker to avoid a blind shot from the valley in the fairway. From this angle, however, players will be faced with a pitch back over a greenside bunker. Due to its predominant false front, the small green can be problematic. Any shots short of the green will be repelled, while shots that carry the green can easily find the bunker behind.
Statistical Analysis:

The 11th yielded scoring averages of 4.941 and 5.106 in the last two PGA Championships contested at Whistling Straits. We expect the 11th to once again play close to par during this week’s tournament.