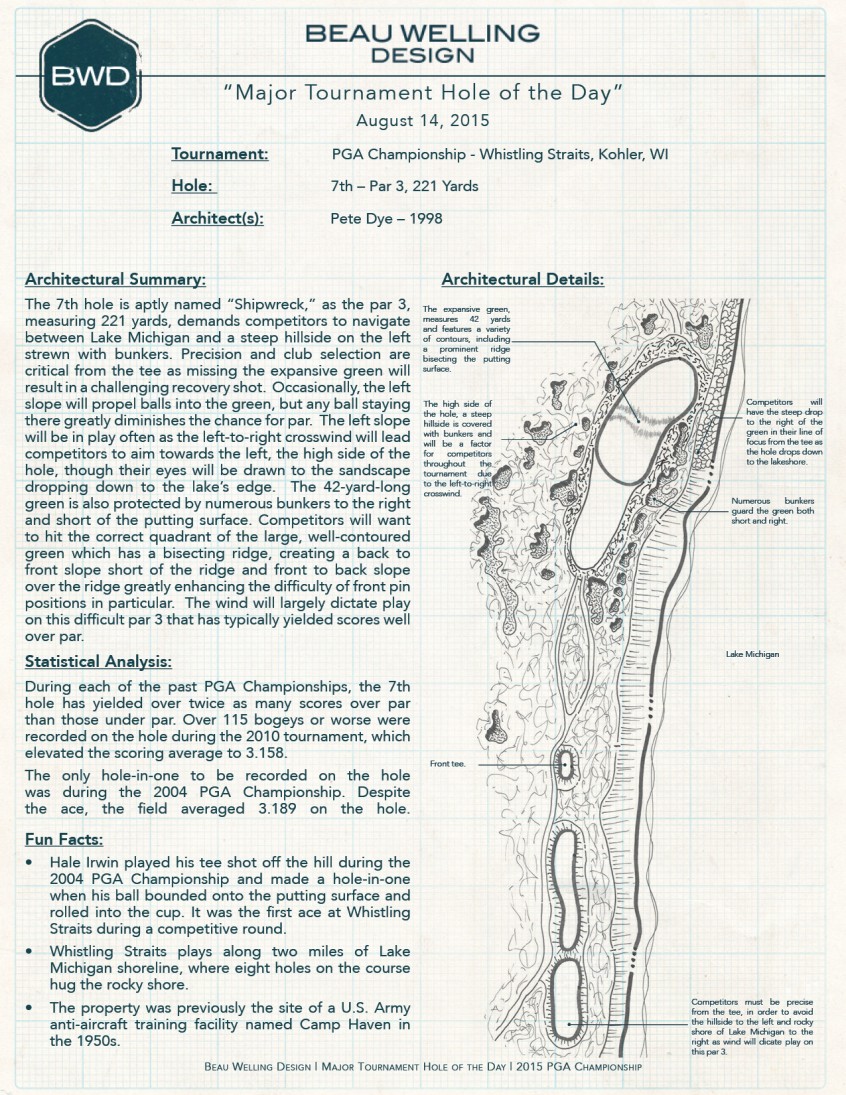 The 7th hole is aptly named “Shipwreck,” as the par 3, measuring 221 yards, demands competitors to navigate between Lake Michigan and a steep hillside on the left strewn with bunkers. Precision and club selection are critical from the tee as missing the expansive green will result in a challenging recovery shot. Occasionally, the left slope will propel balls into the green, but any ball staying there greatly diminishes the chance for par. The left slope will be in play often as the left-to-right crosswind will lead competitors to aim towards the left, the high side of the hole, though their eyes will be drawn to the sandscape dropping down to the lake’s edge. The 42-yard-long green is also protected by numerous bunkers to the right and short of the putting surface. Competitors will want to hit the correct quadrant of the large, well-contoured green which has a bisecting ridge, creating a back to front slope short of the ridge and front to back slope over the ridge greatly enhancing the difficulty of front pin positions in particular. The wind will largely dictate play on this difficult par 3 that has typically yielded scores well over par.

During each of the past PGA Championships, the 7th hole has yielded over twice as many scores over par than those under par. Over 115 bogeys or worse were recorded on the hole during the 2010 tournament, which elevated the scoring average to 3.158.

The only hole-in-one to be recorded on the hole was during the 2004 PGA Championship. Despite the ace, the field averaged 3.189 on the hole.