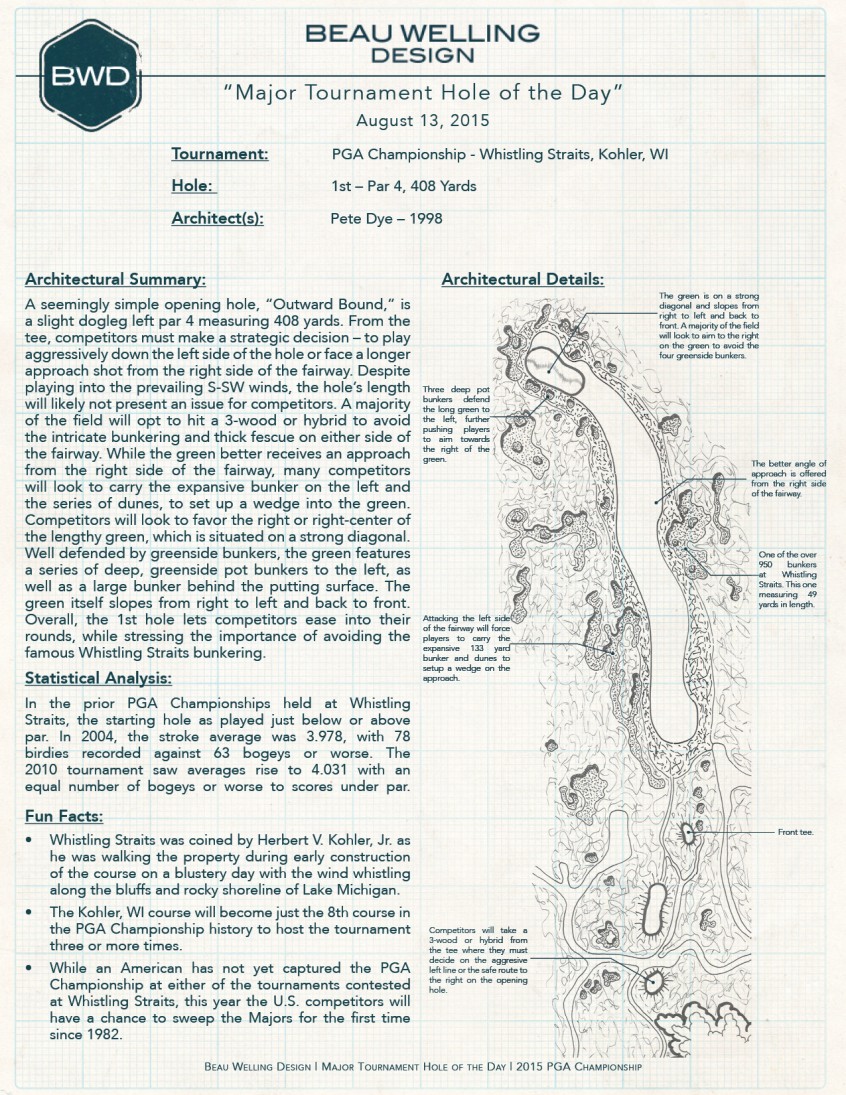 Architectural Summary:
A seemingly simple opening hole, “Outward Bound,” is a slight dogleg left par 4 measuring 408 yards. From the tee, competitors must make a strategic decision – to play aggressively down the left side of the hole or face a longer approach shot from the right side of the fairway. Despite playing into the prevailing S-SW winds, the hole’s length will likely not present an issue for competitors. A majority of the field will opt to hit a 3-wood or hybrid to avoid the intricate bunkering and thick fescue on either side of the fairway. While the green better receives an approach from the right side of the fairway, many competitors will look to carry the expansive bunker on the left and the series of dunes, to set up a wedge into the green. Competitors will look to favor the right or right-center of the lengthy green, which is situated on a strong diagonal. Well defended by greenside bunkers, the green features a series of deep, greenside pot bunkers to the left, as well as a large bunker behind the putting surface. The green itself slopes from right to left and back to front. Overall, the 1st hole lets competitors ease into their rounds, while stressing the importance of avoiding the famous Whistling Straits bunkering.

Statistical Analysis:
In the prior PGA Championships held at Whistling Straits, the starting hole as played just below or above par. In 2004, the stroke average was 3.978, with 78 birdies recorded against 63 bogeys or worse. The 2010 tournament saw averages rise to 4.031 with an equal number of bogeys or worse to scores under par.