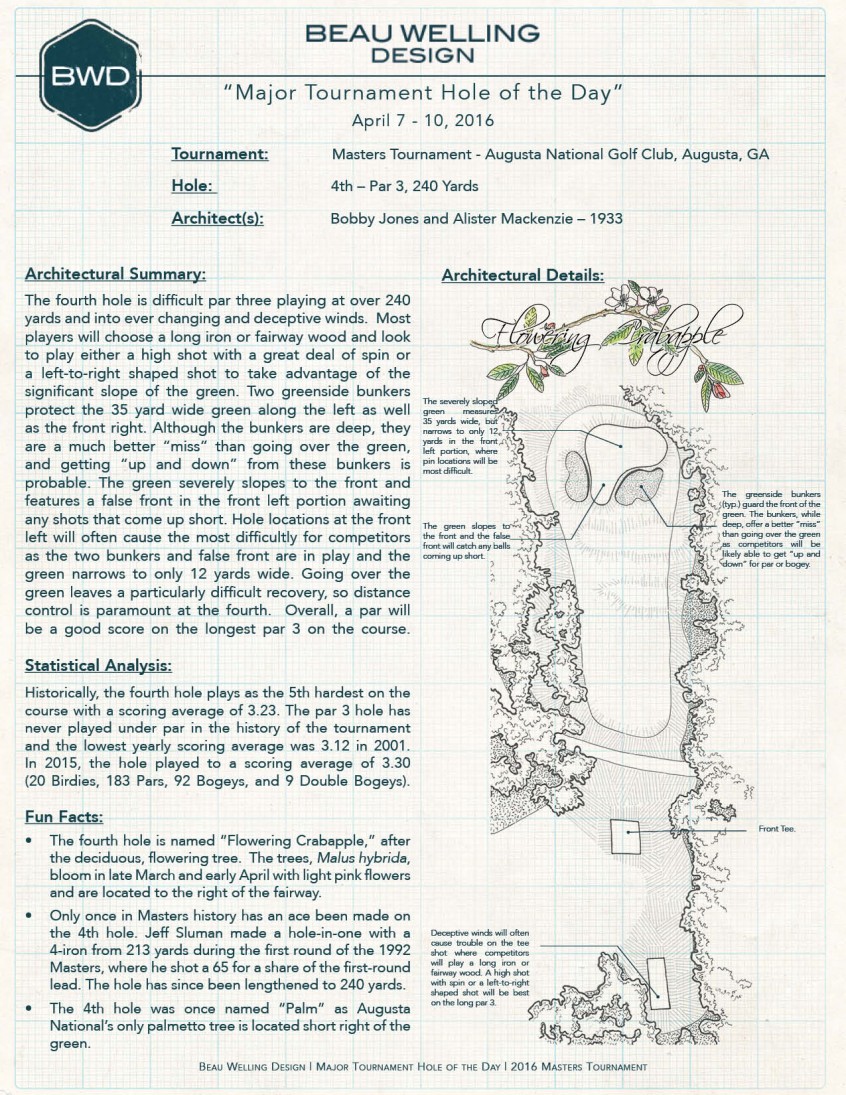 The fourth hole is difficult par three playing at over 240 yards and into ever changing and deceptive winds. Most players will choose a long iron or fairway wood and look to play either a high shot with a great deal of spin or a left-to-right shaped shot to take advantage of the significant slope of the green. Two greenside bunkers protect the 35 yard wide green along the left as well as the front right. Although the bunkers are deep, they are a much better “miss” than going over the green, and getting “up and down” from these bunkers is probable. The green severely slopes to the front and features a false front in the front left portion awaiting any shots that come up short. Hole locations at the front left will often cause the most difficultly for competitors as the two bunkers and false front are in play and the green narrows to only 12 yards wide. Going over the green leaves a particularly difficult recovery so distance control is paramount at the fourth. Overall, a par will be a good score on the longest par 3 on the course.