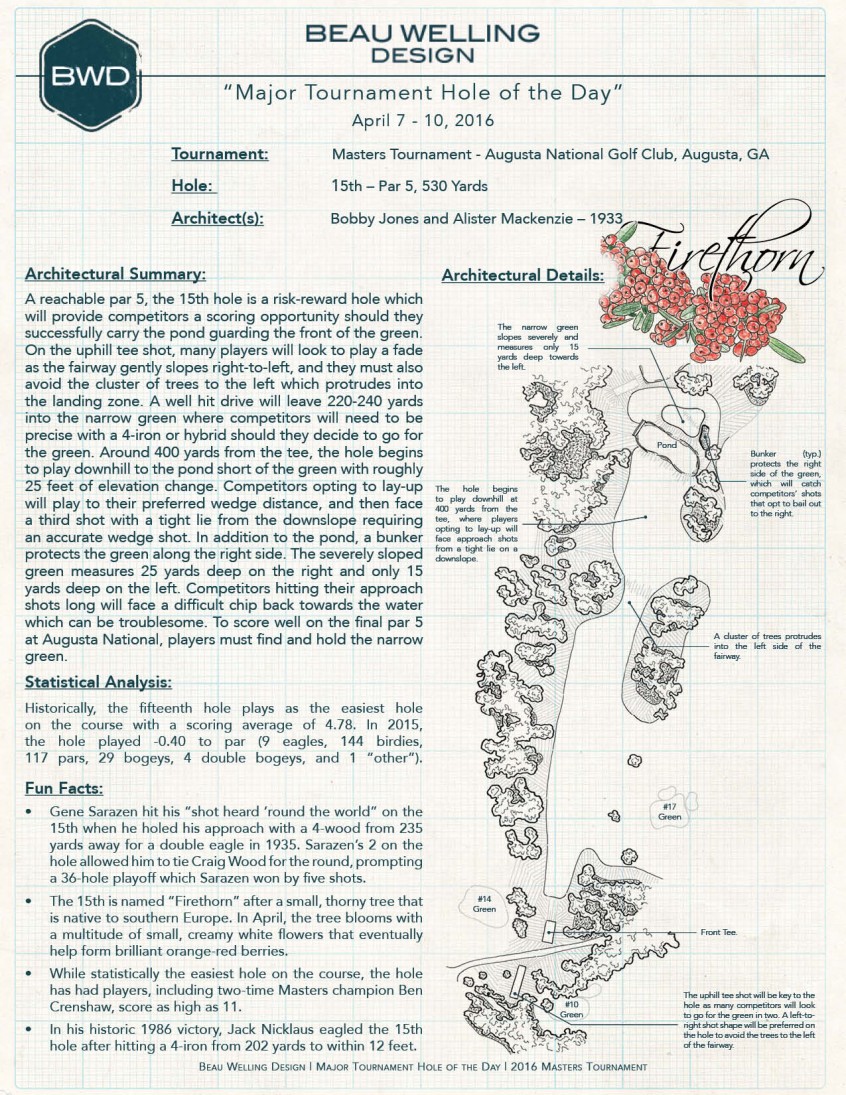 A reachable par 5, the 15th hole is a risk-reward hole which will provide competitors a scoring opportunity should they successfully carry the pond guarding the front of the green. On the uphill tee shot, many players will look to play a fade as the fairway gently slopes right-to-left, and they must also avoid the cluster of trees to the left which protrudes into the landing zone. A well hit drive will leave 220-240 yards into the narrow green where competitors will need to be precise with a 4-iron or hybrid should they decide to go for the green. Around 400 yards from the tee, the hole begins to play downhill to the pond short of the green with roughly 25 feet of elevation change. Competitors opting to lay-up will play to their preferred wedge distance, and then face a third shot with a tight lie from the downslope requiring an accurate wedge shot. In addition to the pond, a bunker protects the green along the right side. The severely sloped green measures 25 yards deep on the right and only 15 yards deep on the left. Competitors hitting their approach shots long will face a difficult chip back towards the water which can be troublesome. To score well on the final par 5 at Augusta National, players must find and hold the narrow green.